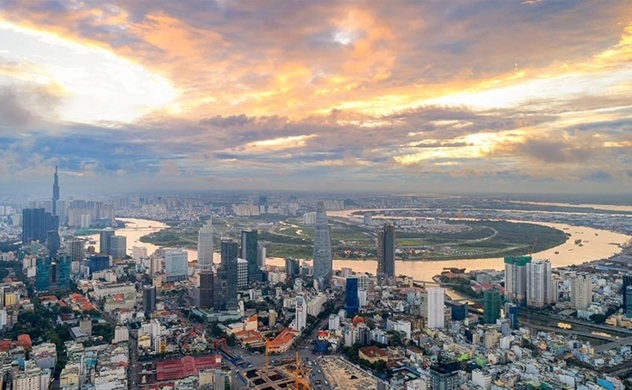 Under the merger plan, the number of districts in the city will drop to 22 from currently 24, and the number of wards will be reduced to 312 from 322. Photo: VietnamBriefing

The Ho Chi Minh City’s Department of Home Affairs submitted a plan to the city government on the merger of three districts and 19 wards in the eastern area of the city.

The city plan to merge districts 2, 9 and Thu Duc and 19 wards in districts 3, 4, 5, 10 and Phu Nhuan to form a creative hub, in a plan to build Eastern city which is considered as a replica of Silicon Valley that received support from the Prime Minister Nguyen Xuan Phuc.

The plan was completed after a meeting between the government, ministry officials, and the city’s leaders on May 8, VietnamPlus reported.

Under the merger plan, the number of districts in the city will drop to 22 from currently 24, and the number of wards will be reduced to 312 from 322.

After the merger, the new city is expected to spread over more than 211sq.km and be home to more than 1.1 million people.

The Eastern city, an innovative and hi-tech hub, will take advantage of available facilities in the area such as universities in Thu Duc district, Saigon High-Tech Park in district 9, and Thu Thiem New Urban area in district 2.

District 2 in Ho Chi Minh City is one of the biggest urban development areas in Southeast Asia. The showcase redevelopment project is the Thu Thiem New Urban Area, which is touted to become the new central business district of Ho Chi Minh City.

The area also has convenient and modern transport infrastructure, including Metro Line No 1 from Ben Thanh in District 1 to Suoi Tien in District 9, Hanoi Highway, the expressway from Ho Chi Minh City to Dong Nai province and Cat Lai Port, the largest in Vietnam.

The eastern area will be developed into an innovation hub based on a digital, knowledge-based economy.