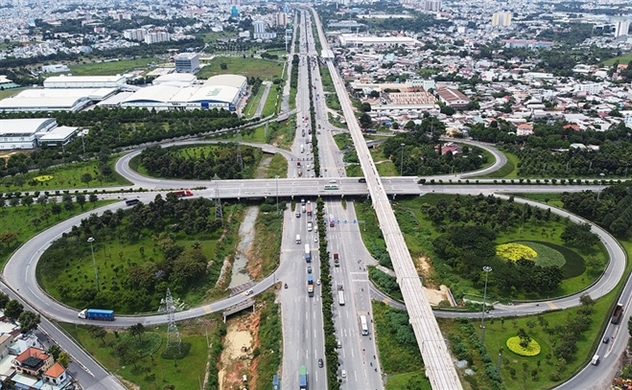 HCMC needs VND300 trillion ($12.92 billion) over the next 10 years to build transport infrastructure for its new “city within the city.”

Some of the main goals in the plan are: completing 16 major roads including the second and third ring roads; building new bridges connecting to the Thu Thiem New Urban Area; and constructing and expanding three metro routes, including Metro Route 1 which will connect the city with nearby provinces of Dong Nai and Binh Duong.

The department envisages the BRT No.1 to begin operations next year and to develop a bus network alongside Metro Route 1.

About VND83 trillion, or nearly 28 percent of the proposed investment, will come from the city’s budget, and the remaining from the central government, private firms, Official Development Assistance loans and other sources.

The department also mentions the installation a smart transportation system comprising cameras, signal lights and a digital database that will serve to reduce traffic congestion.

The Thu Duc City is set to be a new administrative unit formed by the merger of three eastern districts– 2, 9 and Thu Duc. HCMC plans to transform it into an "innovative urban area," an unprecedented move in Vietnam.

The new "city within the city"would encompass the hi-tech park in District 9, the university precinct in Thu Duc District and the new urban area and financial center on Thu Thiem Peninsula in District 2. It would spread over 211 square kilometers and host over a million people.

When functional, the new city is expected to contribute 30 percent of the HCMC’s or 4-5 percent of national growth.