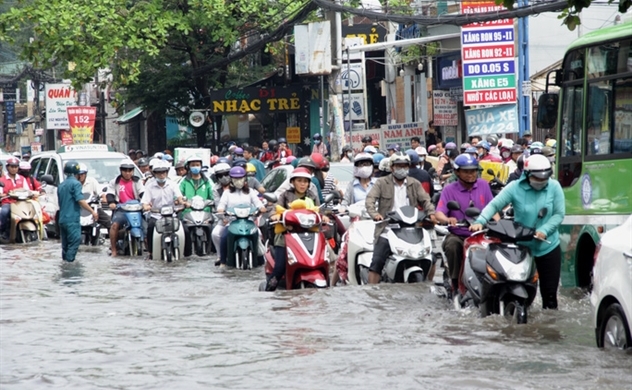 Flood could cause about $8.4 billion of real-estate damage in Ho Chi Minh City from flooding by 2050. Photo: nld.vn

The chance of such events could increase five to 10 times by 2050, resulting in economic and infrastructural damage that could cost billions of dollars, according to a McKinsey report, dated April.

The analysis is based on hydrological simulations, land-use maps, infrastructure databases and damage curves.

Ho Chi Minh City, a historic flood area located some 1,000 miles south of the capital Hanoi, contributes about a quarter of the Vietnam’s gross domestic product.

While the metropolis can cope with flood risks today that could hit 23% of its area, further urbanization is raising the potential for land subsidence and an increase in sea levels.

Those could cause about $8.4 billion of real-estate damage from flooding by 2050, six times the current estimated impact, McKinsey said.

The city still has time to adapt to avoid such risks by having better plans in place, including relocating homes and infrastructure assets away from flood-prone areas, McKinsey said.

Investments and fund-raising are also needed to reduce exposure for roads and other critical utilities, according to the report.

Vietnam is forecast to become the world’s 20th-largest economy by 2050, given an annual economic growth rate of 5.1% estimated by PricewaterhouseCoopers.