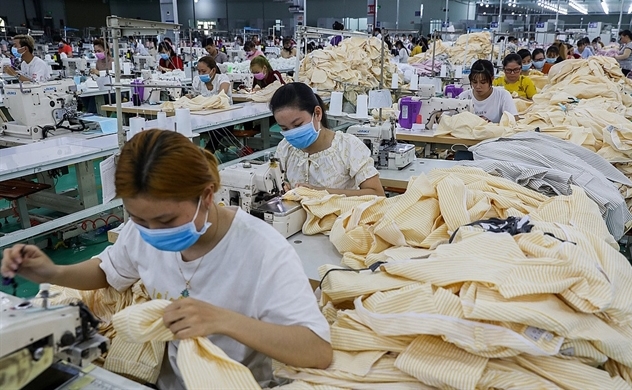 Workers at a garment factory in the southern province of Long An. Photo by VnExpress/Quynh Tran

Vietnam's unemployment rate rose to 3.72 percent in Q3, the highest since early 2020 when the novel coronavirus was first detected in the country.

The rate was calculated among the working age population, defined as those aged 15-60 for men and 15-55 for women, according to the General Statistics Office (GSO).

The unemployment rate in the first nine months of this year stood at 2.91 percent.

The complicated Covid-19 situations significantly affected people’s lives in the first nine months of this year, the GSO said in a report.

As of September 21, social security relief of nearly VND13.8 trillion ($600 million) was provided to roughly 17.6 million people. This included VND11.4 trillion spent in 23 cities and provinces hardest hit by the pandemic. Over VND5.446 trillion was spent on more than 4.8 million people in HCMC alone.

More than 136,349 tons of rice from national reserves was distributed among more than 2.4 million households with nearly 9.1 million members.

By the end of 2020, Vietnam had a population of 97.58 million, with 36.8 percent living in urban areas and the rest in rural areas. The unemployment rate among its working age population last year was 2.48 percent.