Vietnam spends over $3.2 bln to fight against COVID-19 pandemic 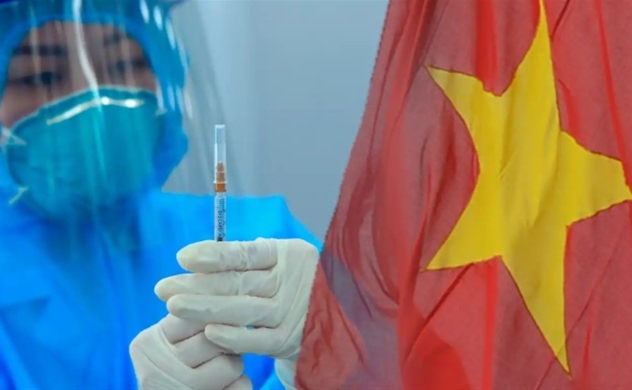 To date, 99.6 percent of population aged 18 and older in Vietnam has received the first dose and 90.9 percent has taken the second dose. Photo: AP

The Government spent VND74 trillion ($3.25 billion) on the fight against COVID-19 pandemic, the Ministry of Finance said Thursday.

The total includes VND45,100 billion for COVID-19 prevention and control and VND28,900 billion for supporting people affected by the pandemic.

The Southeast Asian country was hit hard by the pandemic last year with over 1,837,650 cases out of the national tally of 1,843,563 having been confirmed since the fourth wave of COVID-19 resurgence began on April 27, 2021.

The COVID-19 wave prompted localities to impose strict travel restrictions to prevent the spread of the virus. Given the situation, the Government quickly sprung into action to bring home vaccines as many and as soon as possible.

Thanks to drastic efforts, Vietnam is now one of six countries in the world in terms of the number of people who have been vaccinated against COVID-19, according to the Government’s report on socio-economic performance in 2021.

To date, 99.6 percent of population aged 18 and older has received the first dose and 90.9 percent has taken the second dose.

Meanwhile, 85.6 percent of children aged between 12 and 17 has received the first jab and 57 percent has taken the second jab.

The Government is purchasing vaccines for children aged 5-11.

Thanks to high vaccination rate, the Government adopted Resolution No. 128/NQ-CP on safe and flexible adaptation to the COVID-19, paving the way for the country to reboot economic recovery since October 11.