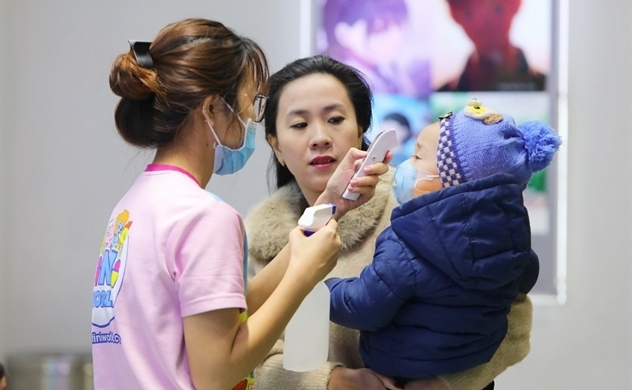 Illustrative. Vietnam is forecast to be one of the nations suffering the heaviest impact from the coronavirus outbreak. Photo: VIR

A three-month-old girl in Vinh Phuc Province, a grandchild of one of the infected patients, has tested positive for the new coronavirus.

It is Vietnam’s 15 confirmed case, with Vinh Phuc accounting for 10 of them.

On January 28 the infant was taken to her grandmother’s house in the province’s Binh Xuyen Town.

The woman had earlier contracted the infection from her 23-year-old daughter, one of eight workers who went to Wuhan City for work training last November and returned on January 17.

Six of them have tested positive for the virus, and two others are awaiting results.

After the grandmother tested positive for nCov, the provincial center for disease control quarantined the baby and her mother since they had had close contact with the patient.

On February 6 the child coughed but did not have a fever. A test of her blood sample showed she had the nCov virus. The baby's mother is healthy but has also been isolated at a local medical center pending test results.

Of the 15 patients in Vietnam, six have been discharged from hospital after recovering: three workers in Vinh Phuc, a woman in Thanh Hoa, a hotel employee in Nha Trang, and a Chinese man in HCMC.

According to the Vinh Phuc Department of Health, 249 people who had come into contact with the infected people are now quarantined and under observation.

Doan Thanh Binh, chief of the department, said the provincial government has ordered construction of two field hospitals to cope with the coronavirus outbreak.

They will have around 200 beds.

The global death toll of the 2019-nCoV has reached 1,018, with 1,016 dying in mainland China and one each in the Philippines and Hong Kong.