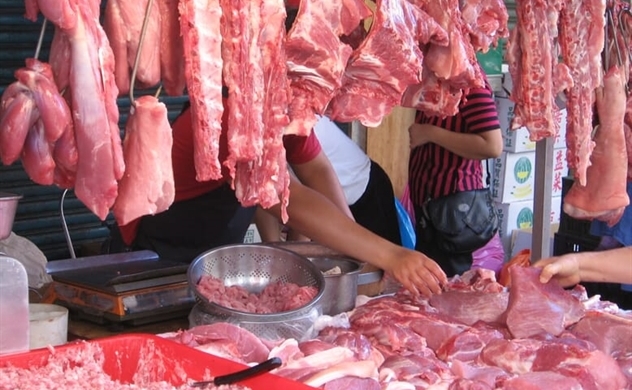 The cuts, which will be announced this quarter, are intended to increase imports from the U.S. and narrow its trade deficit with Vietnam, Nguyen Do Anh Tuan, a spokesman for Vietnam’s agriculture ministry, said in an interview Monday.

The planned cuts will see tariffs lowered to 10% from 15% for frozen pork, 2% from 5% on corn, and eliminated for wheat from the current 3%, Tuan said.

The move to boost purchases of American agricultural goods is the latest effort to improve relations as Washington and Hanoi seek closer economic and geopolitical ties to balance China’s increasing clout in the region.

Vice President Kamala Harris urged Vietnam to reduce agricultural tariffs during her visit in August, where she also encouraged upgrading their relationship to a strategic partnership.

“Both sides have demonstrated a mutual understanding of each other to avoid conflict,” said Le Dang Doanh, a Hanoi-based economist and former government adviser. “Both are trying to compromise.”

The reductions also come as Vietnam seeks international help to recover from its worst Covid-19 outbreak, which has shuttered factories that are key to manufacturers and customers globally for sectors including clothing, technology and automobiles.

Rising goods trade with Vietnam had resulted in America’s third-biggest trade deficit, after China and Mexico, making it a target for former President Donald Trump’s administration, which criticized its currency policies and threatened actions over its timber exports. President Joe Biden’s White House has resolved both issues this year, including an announcement Friday of an accord over alleged illegal harvested and traded timber.

Pork accounts for more than 70% of Vietnam’s total meat consumption. While the country has one of the biggest hog herds in Southeast Asia, demand for imported pork has risen over the past two years as its pig farms were ravaged by African swine fever.

Vietnam last year temporarily cut its U.S. frozen pork import tariffs to 10% resulting in American exports to the country doubling in the second half of 2020 from the first half, according to a May letter to U.S. Trade Representative Katherine Tai and signed by 72 members of Congress.