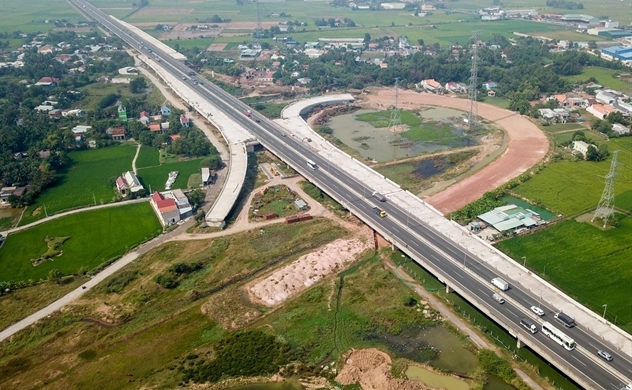 Chairman of Ba Ria-Vung Tau Province, Nguyen Van Tho said on June 18 that right after the project was approved by the National Assembly, they asked concerned departments to start site clearance work as well as prepare enough materials.

"Dong Nai will clear 373 hectares in Bien Hoa City and Long Thanh District," Tho said. "We’ll have to relocate over 2,000 households for the project."

Meanwhile, Ba Ria Vung Tau Province Party Secretary Pham Viet Thanh, told a recent meeting that they had agreed on using the province's budget to pay for 50 percent of site clearance compensation for the project. They have also decided to invest in projects that will connect to the Bien Hoa-Vung Tau Express route during the 2021-2025 period including the 16-kilometre Vung Van-Vung Tau section and the Vung Tau-Binh Chau coastal road.

This will be the first expressway project to be implemented in Ba Ria-Vung Tau Province, according to the official.

The 54-kilometre Bien Hoa-Vung Tau Expressway will run for 19.50 kilometres in Ba Ria-Vung Tau with the remainder in Dong Nai Province. The project will cost VND17.83 trillion ($775 million) during the first period. Construction is expected to start in 2023 and be completed in 2025.