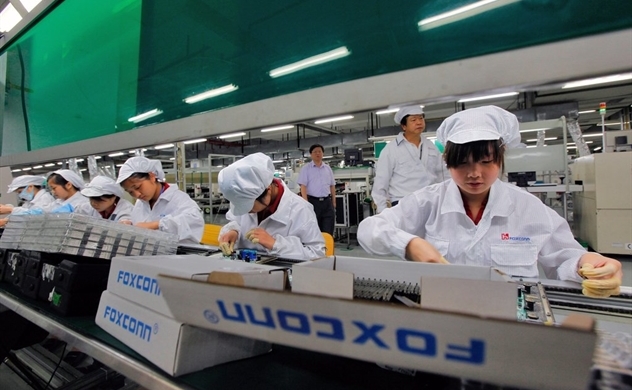 Foxconn is seeking approval to build a 150-hectare industrial park in Thanh Hoa province, where it will develop manufacturing factories.

The world's largest contract electronics manufacturer, key Apple supplier, which has more than 100 companies and branches in several countries, has factories in Bac Ninh and Bac Giang, VietnamFinance cited information from a recent meeting between the provincial People's Committee and the tech firm’s leaders.

In the next five years, Foxconn targets to increase its Vietnam revenue to $40 billion and open more factories in several provinces and cities of Vietnam, including Thanh Hoa province.

The under-planned industrial park is expected to generated an export revenue at about $10 billion per year, hiring 100-150,000 labors.

► Foxconn introduces the first batch of displays made in Vietnam factory