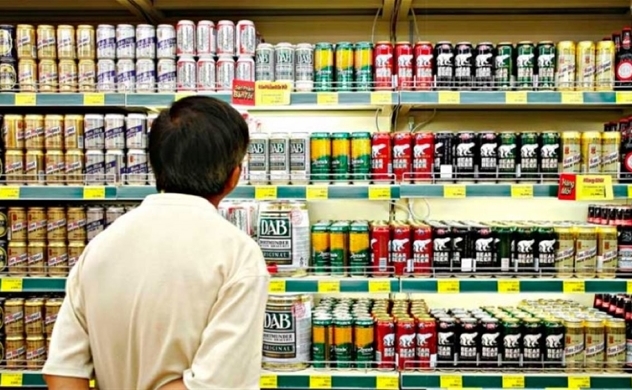 The COVID-19 outbreak during the second quarter has hit some beer producers, especially large ones in the market.

In its second-quarter business results, Hanoi Liquor And Beverage JSC (Halico, HNR) said that its net revenue continued to drop 37 percent year-on-year to more than VND17.2 billion ($756,574), resulting in a loss of VND12.35 billion in profit after tax, nearly double the loss of VND6.5 billion in the same period last year.

In the first quarter, the company posted a rise of 34 percent in revenue to nearly VND36 billion, with a loss of just VND1 billion.

Restrictions on gatherings and parties during each outbreak to contain COVID-19, along with regulations on deterring drink driving, caused a strong fall in alcohol demand.

Meanwhile, Sabeco (SAB) reported consolidated revenue in the second quarter of VND7.27 trillion, similar to the same period last year. It still recorded a profit after tax of VND1.2 trillion, but as expenses increased sharply during the period, the indicator dropped 12 percent.

In the first six months of 2021, its revenue reached VND13.2 trillion, up 9 percent over the year, with profit after tax climbing 6 per cent to nearly VND2.1 trillion.

Sabeco said that it has implemented many comprehensive solutions to optimise management and continue to promote sales activities, minimising the impact of the third and fourth wave of the pandemic and improving business efficiency.

According to the report, the company's total advertising and promotional expenses in the first half of the year increased by 62 percent year-on-year to VND1.24 trillion.

Accounting for a large market share in the north, Habeco (BHN) also ended the second quarter with a decrease in profit over the same period.

Its financial statement showed that Habeco’s net revenue reached over VND1.9 trillion, down 9 percent compared to the second quarter of 2020.

Due to the rise in expenses, its profit after tax declined by 26 percent over last year to VND182 billion. Habeco said that the increase in expenses was mainly due to advertising, promotion, support and other expenses.

This is consistent with the plan to focus resources on promotional programmes approved by Habeco shareholders at the latest Annual General Meeting of Shareholders in 2021.

In the first six months of the year, Habeco achieved VND3.3 trillion in net revenue and VND230 billion in profit after tax, rising 15 per cent and 58 percent, respectively.

Besides Sabeco, Habeco and Halico, most listed beer companies in the market are subsidiaries and joint ventures related to the branded products of Saigon Beer or Hanoi Beer.

Accordingly, Saigon Beer Western’s net revenue and profit after tax climbed 35 per cent and 16.2 percent, respectively, in the second quarter.

And while Saigon - Phu Tho Beer witnessed a small fall of nearly 2 percent, its profit after tax still gained 54 percent during the same period. The rise in profit was mainly driven by a strong decline in expenses in financial activities and sale expenses.