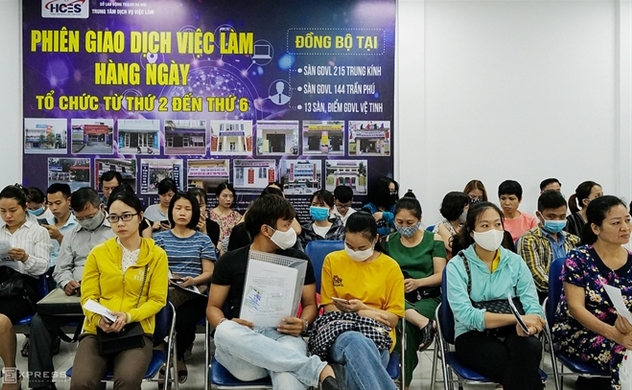 People wait to file for unemployment at the Hanoi Center for Employment Services (HCES) in Cau Giay District, Hanoi on June 11, 2020. Photo by VnExpress/Ngoc Thanh.

The coronavirus pandemic has caused 7.8 million workers to lose their jobs or have working hours reduced.

Up to 1.4 million lost their jobs, mostly in the processing, retail, logistics, and hospitality sectors, according to data released on Monday by the Ministry of Labor, Invalids and Social Affairs.

In the first six months the number of people receiving unemployment benefits in the country rose by 32 percent year-on-year to 565,000. The government has paid VND7 trillion ($300 million) in benefits, a 40 percent increase.

Some 540,000 people found jobs through the government employment agencies, down 23.9 percent.

The number of jobs fell 28 percent in June in Ho Chi Minh City and 23 percent in Hanoi.

The economy has been majorly impacted as supply chains are disrupted, unemployment rises and businesses see revenues plummet amid measures imposed to curb the spread of the virus.

The number of businesses temporarily suspending operations was 29,200 in the first half of the year, up 38.2 percent.