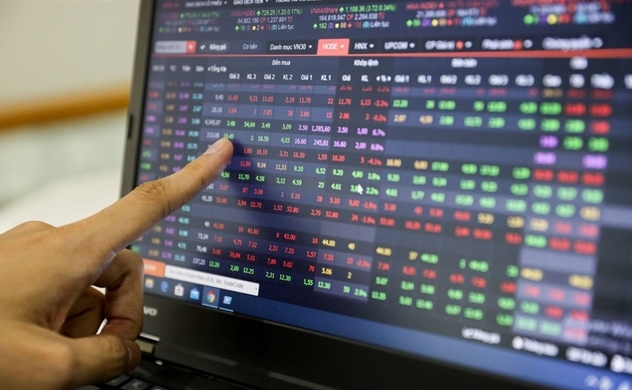 An investor points at stock prices on a laptop at a brokerage in Ho Chi Minh City. Photo by VnExpress/Quynh Tran

SSI of leading brokerage SSI Securities Corporation dropped 4.8 percent to the lowest since the end of October.

It is now highest since January 15 last year.

The HNX-Index for stocks on the Hanoi Stock Exchange, home to mid and small caps, dropped 1.65 percent while the UPCoM-Index for the Unlisted Public Companies Market fell 0.93 percent.