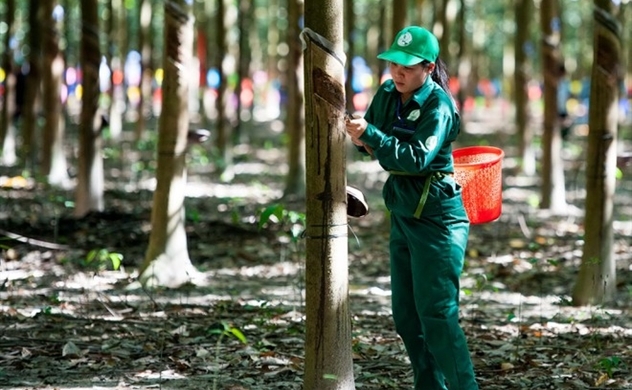 With 4 billion shares moved to Vietnam’s main bourse from the unlisted market, the debut is the second largest listing on the exchange after the listing of the Joint Stock Commercial Bank for Investment and Development of Vietnam.

On the first trading day, GVR shares were traded with reference price at VND11,570 ($0.49) per share. With this price, the market capitalization of the rubber producer is more than VND46,200 billion ($1.94 billion).

However, on the first trading day, GVR share price fell by 3.45%, wiping $67.5 million off the market in only one session.

The group, formerly known as the Southern Rubber Board, raised lower-than-expected $57.7 million from 2018 IPO, much lower than the targeted proceeds of $272 million. This was the most disappointing IPO since early 2018.

The group’s shares officially traded on Unlisted Public Company Market from March 2018 to become the largest enterprise with chartered capital of $1.72 billion and the fourth largest market capitalization, reaching $1.94 billion.

The State currently holds 96.77% stake at the group. An individual shareholder holds over 3% of the corporation's share.

GVR shares were traded at VND11,000 ($0.46) each on Wednesday, the second trading day. Bear market from coronavirus outbreak awarded the group unfavorable condition over the listing.