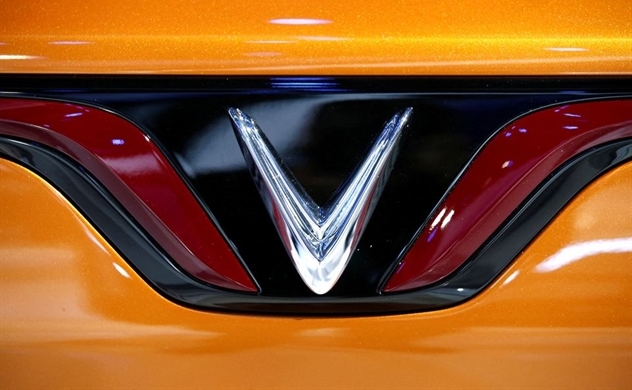 The VinFast logo is displayed on a VF5 electric SUV during CES 2022 at the Las Vegas Convention Center in Las Vegas, Nevada, U.S. January 5, 2022. REUTERS/Steve Marcus

VinFast had filed for an initial public offering (IPO) with U.S. securities regulators, as it plans spending of $4 billion on its first U.S. factory complex.

VinFast, which became the first fully fledged domestic car maker in 2019, is betting big on the U.S. market, where it hopes to compete with legacy automakers and startups with electric SUVs and a battery leasing model.

A source familiar with the matter said VinFast would probably look to raise about $2 billion from the offering.

"VinFast is moving ahead with its plans but the timing of the IPO is very much open," said the source, who spoke on condition of anonymity. "There needs to be a window to get the IPO done and it could easily take a couple of months."

A unit of Vietnam's biggest conglomerate Vingroup JSC (VIC.HM), Vinfast said it had not determined the IPO size and price range.

"There are options to look at. We are still considering a lot of options," Chief Executive Le Thi Thu Thuy told reporters on the sidelines of an event to showcase the company's new VF8 battery-powered SUV.

She said the IPO was planned for the second half of this year as one option to fund a plant planned in North Carolina and U.S. expansion.

The company, established in 2017, plans to transition to all-electric vehicle production from late 2022.

A year ago sources said Vinfast was considering an IPO that could value the company at about $60 billion.

That valuation looks stretched in current markets, the person familiar with the matter told Reuters on Thursday.

"Even the companies that have gone ahead with U.S. IPOs have had a sharp correction in valuations, so that's a given," he added.

Outside North America, VinFast is looking for a plant in Germany, it said in January.