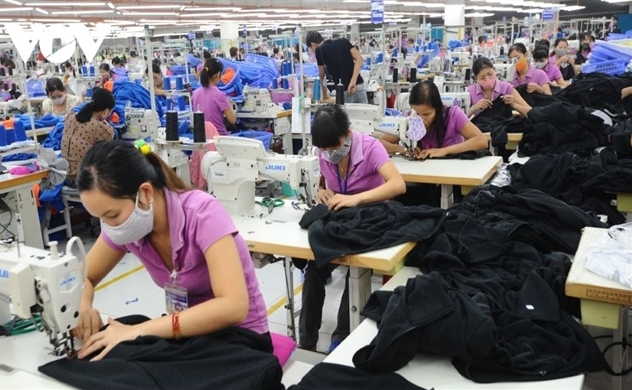 Vietnamese apparel products are primarily exported to the US market.

The United States continued to be the nation’s largest export market during the first quarter of the year, accounting for 29.1% of the country's total turnover.

According to the latest statistics provided by the General Department of Customs, local exports to the US reached $9.76 billion in March alone, thereby bringing the total export turnover recorded during the first quarter of the year to $25.96 billion, marking an annual increase of 16.6%.

By the end of the first quarter, there were six groups of goods exported to the US which had a turnover of $1 billion or more, including machinery and equipment, garments and textiles, computers, electronic products and components, phones and components, footwear, along with timber and wood products.

Most notably, apparel exports to the US hit $4.36 billion, an increase of 24.2% over the same period last year and making up 50.3% of the country's total export turnover for this commodity group.

Although it is not as dominant for local garments and textiles, the US is also the largest market for other key export groups, such as machinery and equipment, computers, electronic products and components, footwear, in addition to both wood and wood products.

In contrast, the opening quarter of the year witnessed the country spend $3.44 billion importing goods from the US, a drop of 8.2% on-year, and accounting for 3.9% of the nation’s overall import turnover.