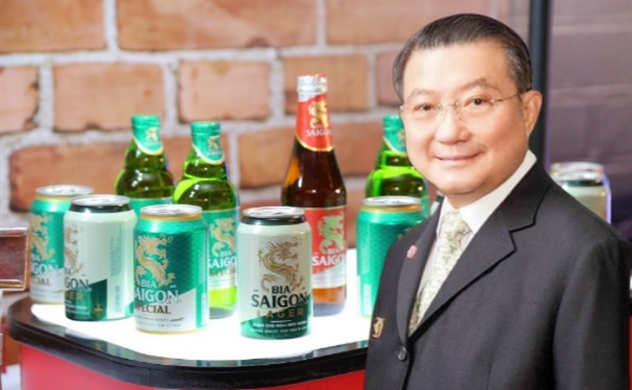 Thai Beverage is considering an initial public offering of its brewery business in what could be the biggest listing in Singapore in close to a decade.

The acquisitive drinks maker controlled by Thailand’s richest man is speaking with potential advisers about the listing and may seek to value the unit at as much as $10 billion, according to the people, who asked not to be identified because the information is private.

The IPO is likely to be the Singapore bourse’s biggest since the 2011 listing of Hutchison Port Holdings Trust, which raised $5.5 billion.

At a valuation of $10 billion, the unit will also rank among the region’s biggest beer companies like China’s Tsingtao Brewery Co., although still far smaller than Budweiser Brewing Co., the Asian unit of beer giant Anheuser-Busch InBev.

Budweiser Brewing raised $5 billion in September in Hong Kong and was the world’s fourth-biggest IPO of this year.

A deal could include ThaiBev’s beer assets in Thailand and Vietnam, one of the people said.

ThaiBev is best known for producing Chang, a lager whose green bottles are adorned with an image of two elephants. It also brews Archa beer and the German-inspired Federbrau brand. In 2017, ThaiBev’s Vietnamese affiliate agreed to buy a controlling stake in Sabeco, the country’s largest brewer, for about $4.8 billion.

Although growth in beer consumption is flat or declining across mature markets like the U.S., Japan and China, Southeast Asia is one of the industry’s bright spots. An expanding middle class and youthful population drove a 300% surge in beer demand in Vietnam between 2002 and 2017, according to data from Euromonitor International.

Shares of ThaiBev have risen 43% in Singapore trading this year through Thursday, giving the company a market value of about $16 billion. No final decisions have been made, and there’s no certainty the deliberations will lead to a transaction, the people said. Representatives for ThaiBev declined to comment.

The group is controlled by Charoen Sirivadhanabhakdi, who is Thailand’s richest person with a net worth of about $19.5 billion, according to the Bloomberg Billionaires Index.