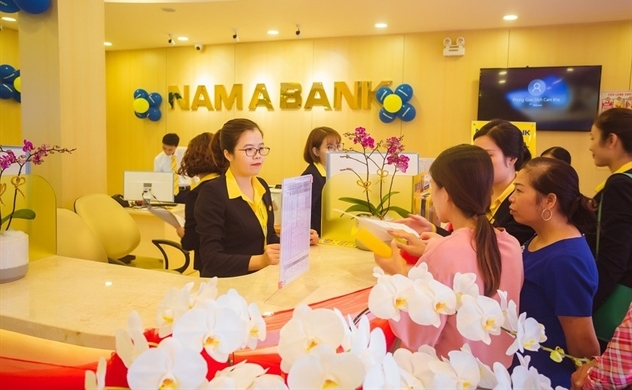 Nam A Bank has got approval from Hanoi Stock Exchange to list 389 million shares on the UPCoM market with reference price at VND13,500 ($0.58) apiece, according to exchange filing.

The first trading date of NAB shares will be October 9, 2020. The total value of registered securities is more than VND3,890 billion ($167 million), equivalent to the existing charter capital of the bank.

Nam A Bank will be the third bank to have shares traded on UPCoM this year, following Viet Capital Bank and Saigonbank.

The Vietnamese lender got shareholders’ approval on 2020 profit target of VND1 trillion and increasing its charter capital to VND7 trillion ($301 million) from VND3.89 trillion ($167 million) from issuing shares to pay dividend and private share offering.

Last year, the bank got approval from the State Bank of Vietnam to increase its capital to VND5 trillion ($215 million) from VND3.89 trillion.

In the first half of this year, NamABank reported VND200 billion ($8.6 million) in pre-tax profit, down from the same period of last year. Bad debt ratio stood at below 3 percent.