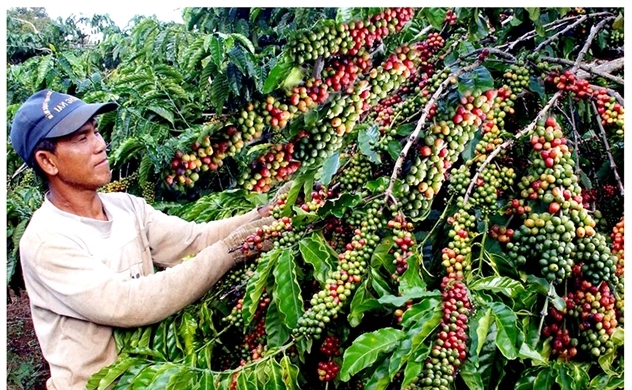 “Sales are slow as not many traders are buying at that price, while farmers are reluctant to sell in anticipation of higher prices,” a Dak Lak-based trader said. “Traders want 30,000 per kg.”

Supplies in Vietnam are building up amid an ongoing harvest that is expected to end by late-January. Farmers said they have harvested 60%-70% of this year’s beans.

“This crop year’s output is forecast to stay flat from last year’s 29.5 million 60-kg bags,” another trader based in the Central Highlands said.

“Beans are smaller this year as farmers cut their investment in their farms following recent lows in coffee prices,” the second trader said.

Traders in Vietnam offered 5% black and broken-grade 2 robusta COFVN-G25-SAI at a $50 premium per tonne to the March contract on Thursday, compared with the $30-$40 premium last week.

Meanwhile, Indonesia’s grade 4 defect 80 robusta beans COFID-G4-USD were offered at premiums of $220 to the March contract this week, unchanged from a week earlier, traders in Sumatra’s Lampung province said.

One of the traders said there has been no transactions this week, as exporters wait for supplies from the next harvest.