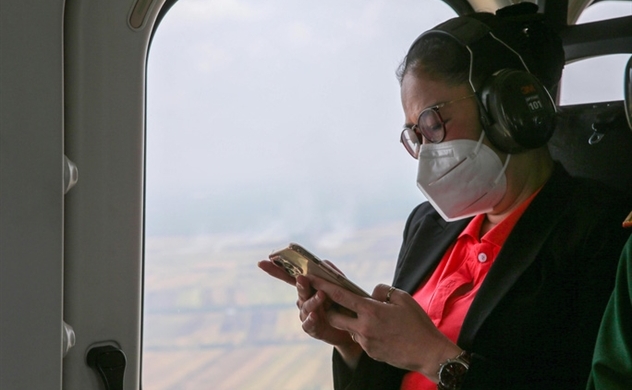 HCM City is developing new tourism products, including sightseeing helicopter tours to see the city from above.

The sightseeing helicopter service, the first of its kind in the city, is expected to be put into operation during the Reunification Day (April 30) and International Workers’ Day (May 1) holiday.

The HCM City Department of Tourism has co-operated with Military Hospital 175 and the Southern Vietnam Helicopter Company to conduct a survey flight to prepare for the launch.

The helicopter tours include short-range flights of 30 to 45 minutes for tourists to see the city centre and the coastal district of Can Gio and mid-range flights lasting for 60 minutes for visitors to view the city and the Canh Dong Bat Tan (Endless Field) tourism area in the neighbouring province of Long An.

According to Vo Anh Tai, deputy general director of Saigontourist Group, the helicopter tours will help to diversify HCM City’s tourism products and boost the tourism co-operation between the city and the Mekong Delta region.