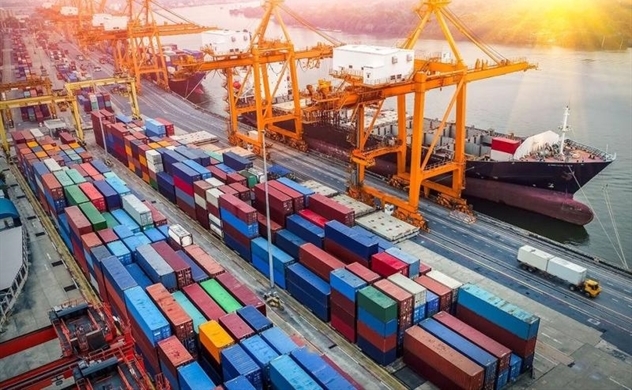 With the negative growth in the third quarter, Vietnam's GDP growth rate for 2021 could reduce, World Bank said in a recent report.

The Southeast Asian economy’s GDP contracted by 6.2 percent in third quarter, the sharpest drop since quarterly data were compiled in the country.

Depending on the strength of the economic rebound in fourth quarter, economic growth for 2021 is now estimated to be in the 2 percent to 2.5 percent range, far below the institution’s August forecast of 4.8 percent.

Due to high sensitivity to social distancing measures, services were hit hardest, falling by 9.3 percent, and contributing 60 percent to the GDP contraction. Industry was also affected severely, down 5.0 percent as factories in the southern manufacturing hubs were shuttered to contain the outbreak.

By contrast, agriculture remained relatively resilient, growing by 1.0 percent. Given the sharp contraction of the GDP in Q3-2021 and depending on the strength of the economic rebound in the last quarter of the year as both Hanoi and HCMC are lifting sanctions.

The merchandise trade balance improved as import growth slowed while FDI commitment grew for a third month, suggesting foreign investors remain confident in the longer-term potential of the economy.

Credit growth decelerated due to weakening credit demand associated with slower economic activities but was comparable to pre-pandemic rates as banks continued to provide preferential loans and forbearance to support businesses affected by the pandemic.

The year-to-date budget balance remained in surplus despite posting another monthly deficit in September, mainly driven by a sharp fall in revenues.

The resumption of economic activities after a lengthy lockdown is facing market frictions as seen around the world. Reactivating manufacturing factories and businesses in the services sector will face potential product and labor shortages. Therefore, helping ease logistics constraints, continued testing and vaccination and encouraging labor mobility should be priorities.

The authorities should also adopt a more expansionary fiscal policy and use the various fiscal tools available to support the economic rebound, including easing procedural rigidities in the budget to spend the planned current budget, accelerating implementation of planned public investment, and expanding social protection to households and to formal and informal workers.

FDI commitment increased by 26.1 percent in September, a strong recovery amid the crisis, indicating foreign investors’ continued confidence in Vietnam’s economy in the longer term. Higher FDI commitments were driven by increasing capital flow into manufacturing, including a $1.4 billion investment in electronics by a Korea-based company.

Overall, committed FDI inflow reached $22.1 billion in the first nine months of 2021, a 4.4 percent increase. As mobility restrictions were eased, FDI disbursement also rebounded, growing by 57.4 percent although it remained 29.5 percent lower than a year ago. Over the first nine months of 2021, FDI disbursement decreased by 3.5 percent year-on-year.