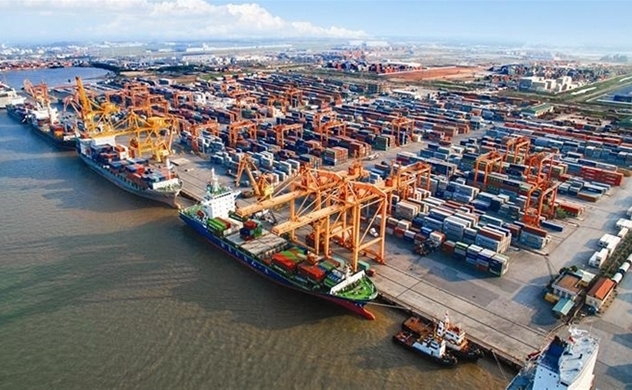 Trade surplus in the first ten months of the year has widened to $18.72 billion, with October surplus estimated at $2.2 billion, according to latest data from the General Statistics Office.

The surplus became bigger than nine-month achievement which was reported earlier at $16.52 billion.

In the Jan.-Oct. period, China and US remained the biggest trade partners of Vietnam. The country suffered $28.2 billion trade deficit with China since the beginning of the year.

The Southeast Asian economy exported $37.6 billion worth products to China, up 14 percent while spending $65.8 billion to buy Chinese goods, up 6.2 percent over the same period last year.

For the US market, Vietnam enjoyed $50.7 billion trade surplus in the ten-month period. The States is Vietnam's largest export market with a revenue of $62.3 billion, up 24 percent, while imports from US dropped 2.4 percent to $11.6 billion.