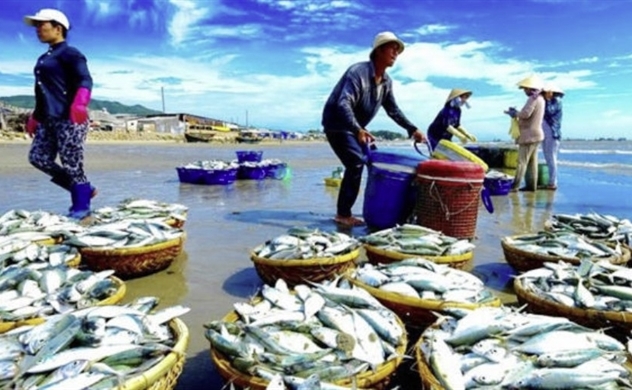 Fishery exports are expected to fulfill the $8.5 billion target in 2021, after collecting more than $4 billion in the first half of this year, Ministry of Agriculture and Rural Development said.

The total fishery export was estimated at 4.1 million tonnes, an increase of 3 percent against the same period last year. Despite the pandemic, exports of many seafood products increased, such as shrimp and tra fish.

This is a very encouraging result while the COVID-19 pandemic continued to develop complicatedly, affecting life, economy, and society, disrupting global supply chains, and directly affecting production and export activities.

According to Deputy Minister of Agriculture and Rural Development Phung Duc Tien, the fishery industry would continue to reduce the number of fishing boats and fishing output, especially inshore fishing, to conserve fishery resources and at the same time to tackle illegal, unreported and unregulated fishing to remove the EC’s “yellow card” and contribute to building a sustainable seafood industry.