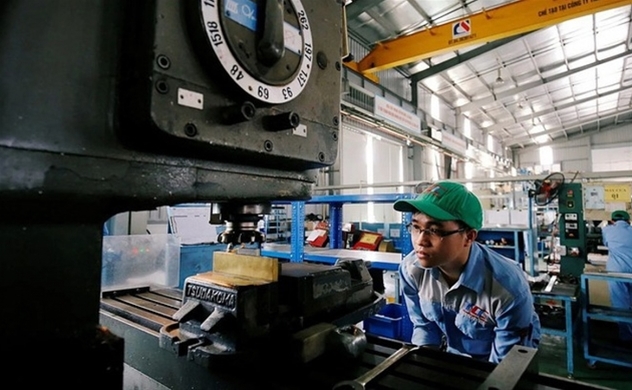 Economic growth of Vietnam in 2021 is forecast to rise by 6.5%, higher than the global average of 6%, before climbing to 7.2% in 2022, according to the International Monetary Fund.

This projection was made during the opening session of the 2021 Spring Meetings of the IMF and the World Bank group.

The country’s positive growth rate can largely be attributed to drastic measures implemented by the Government in terms of economics and health care.

The IMF recommended that macroeconomic policies be maintained throughout the year in an effort to ensure a sustainable and comprehensive recovery is achieved.

The international financial institution also forecast that the GDP of five countries in the ASEAN bloc, namely Indonesia, Thailand, the Philippines, Malaysia, and Vietnam, will expand by 4.9% in 2021 and 6.1% in 2022.

World economic growth is expected to reach 6% this year, higher than the 5.5% projection made in January.

The news comes as a number of major international financial institutions have made positive assessments on the future outlook of the Vietnamese economy.

The country’s economic growth rate is forecast to reach 7.1% and 6.6% this year by the United Oversea Bank and HSBC.

An article recently published by news publication borgenmagazine.com of the United States highlights Vietnam’s incredible economic growth since the implementation of a series of economic reforms in 1986 during the Communist Party of Vietnam’s (CPV) sixth national congress.

Despite these positives, the article states that the country’s transportation infrastructure remains woefully behind many other developed economies.

At present, Vietnam is at a crossroads in terms of its development and requires further investment in its transportation network in order to sustain and expand its growth, according to the piece.

The article concludes by outlining how the country has run into trouble financing the North-South Expressway, although the implementation of the Public-Private Partnership Law (PPP) is expected to fix this problem by making PPPs in infrastructure projects simpler and more attractive.