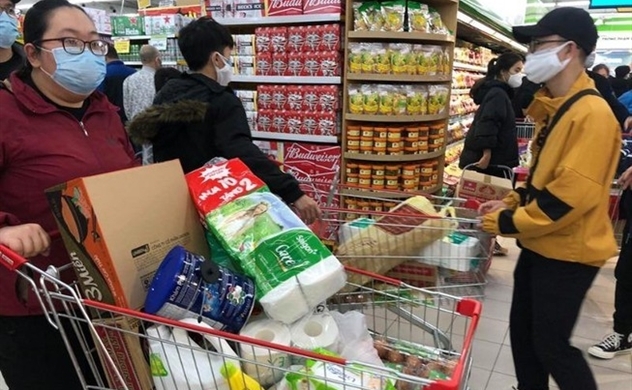 Vietnam’s Consumer Price Index (CPI) edged up 1.84 percent year-on-year in 2021, the lowest ever recorded since 2016, according to the General Statistics Office (GSO).

The CPI picked up compared to 2020 largely due to a 31.74 percent surge in fuel prices this year which made up a 1.14 percentage point increase in the overall CPI, GSO General Director Nguyen Thi Huong told a press conference in Hanoi on December 29.

The CPI hike was also driven by domestic retail prices of gas which have been revised up nine times throughout the year, expanding 25.89 percent year-on-year, she noted, adding that it contributed to a 0.38 percentage point rise in the CPI.

Meanwhile, prices of food dropped 0.54 percent year-on-year, with that of pork plunging 10.52 percent, causing the overall CPI to fall 0.12 percentage point, she said.

Electricity price declined 0.89 percent as part of Vietnam Electricity (EVN)’s aid package for customers affected by the COVID-19 pandemic, pushing the CPI down by 0.03 percentage point.

The pandemic has forced people to refrain from travelling, resulting in contractions of 21.15 percent in air fares and 2.32 percent in holiday packages.

In December, the index slid 0.18 percent month-on-month but increased 1.81 percent from a year earlier.