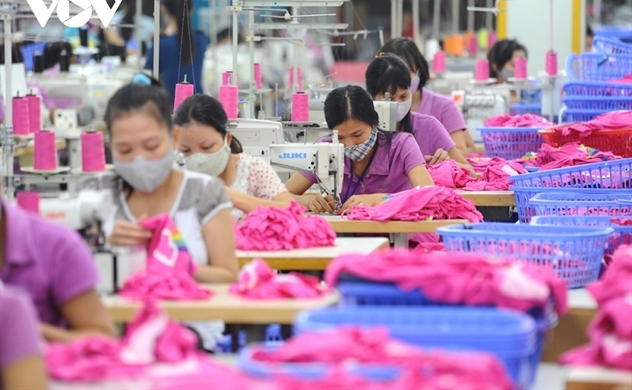 Vietnam's trade revenue reached $616.3 billion in the first ten months of 2022, up 14.1 percent over the same period of 2021, according to official statistics released by the General Department of Vietnam Customs.

In the reviewed period, the total export value stood at $312.94 billion, up 16 percent from a year earlier. Imports in October were estimated at $27.9 billion, down 1.7 percent compared to the previous month.

Regarding the import-export market in the January-October period, Vietnam's goods trade with Asia reached $398.41 billion, accounting for 64.6 percent of the country's total trade volume.

the total import-export value of the whole country in October reached $58.27 billion, a slight increase of 0.1 percent (equivalent to an increase of $67 million) compared to September.

Exports in October reached $30.37 billion, up 1.9 percent compared to the previous month.

The import-export value of the FDI sector in the first ten months rose 14.6 percent on year to $428.99 billion.