Vietnam economy contracts by 6.17% in Q3, deepest in history 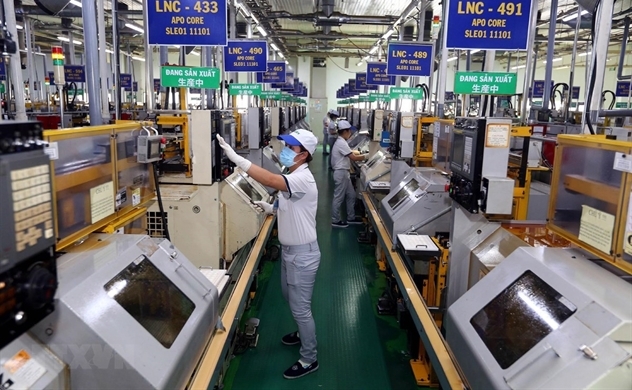 Vietnam’s Gross Domestic Product (GDP) contracted 6.17% in the third quarter of 2021, following the 6.61% growth recorded in the second quarter, as per estimates released by the General Statistics Office.

This is the deepest decrease since Vietnam has calculated and announced quarterly GDP so far, according to the Office. The economy’s performance between July and September when lockdown was strict in Ho Chi Minh City and several province nationwide was worse than analysts’ anticipation.

According to detailed statistics, in the reported quarter, the agriculture, forestry and fishery sector increased by 1.04%. This is the only sector having a slight increase compared to the same period last year.

According to the report, Vietnam’s 9-month GDP increased by 1.42% over the same period last year.

Industrial production in the third quarter faced many difficulties due to complicated developments of the pandemic, especially in localities with large industrial zones that had to implement prolonged social distancing, said Huong.

Generally, in the first 9 months of the year, the country had 85,500 newly registered enterprises with a total registered capital of nearly VND 1,200 trillion, down 13.6% in number of enterprises and 16.3% in capital. registration compared to the same period last year.