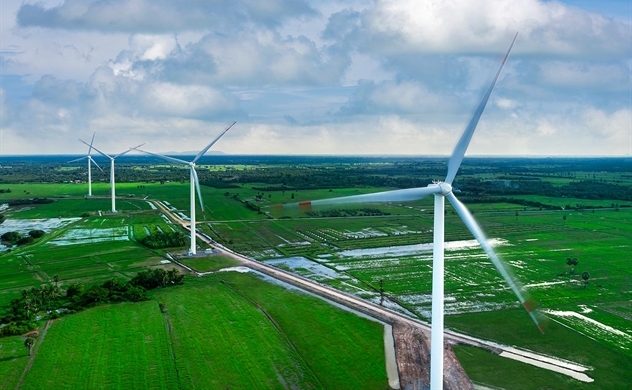 The company announced it will spend $840 million for building project with a capacity of 600 megawatts, on 64,000 hectares in southern Laos, Bangkok Post reported.

The farm will be located near the Mekong River across the city of Ubon Ratchathani.

The generated electricity will be sold to Vietnam’s state-run Electricity Vietnam, the paper cited information from President and chief executive Bundit Sapianchai.

He said his company plans to sign a power purchase agreement with EVN this October to kick-start the project, named ‘Swan.’

The company invests in the project through its subsidiary, Impact Energy Asia Development Co., which it owns 45 percent. The other 55 percent is held by Impact Electrons Siam.

Swan construction will start after the signing. The wind farm is expected to enter operation in 2023.

Laos and Vietnam have an agreement to trade power across the border at a combined capacity of 5,000MW, so there is plenty of opportunity for investment, Bundit said.

Vientiane set an ambitious goal to be the "Battery of Asean".

Earlier BCPG took over 114MW Nam San 3A and 3B from a firm in Laos to sell electricity to EVN.

BCPG's rapid expansion is aimed at offsetting a decline in revenue because adder tariffs for its 11 solar farms in Thailand are scheduled to expire during 2023 and 2024.

Vietnam is expected to face severe power shortages from 2021 as electricity demand outpaces construction of new power plants in the country, Reuters cited the information from the Ministry of Industry and Trade.

In addition to the shortfall, many energy projects in Vietnam have been facing long delays, the ministry told Reuters.

Vietnam will need an average of $6.7 billion a year to expand its annual power generation capacity by 10% between 2016 and 2030.