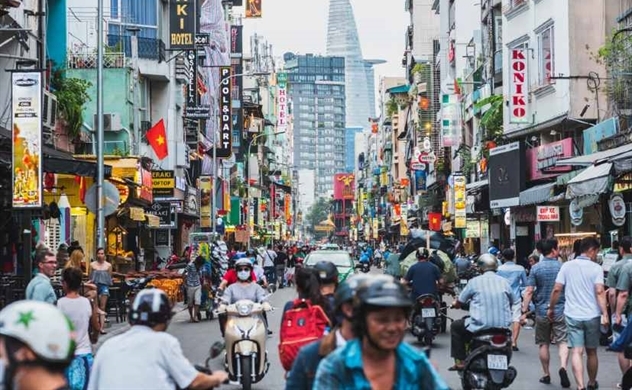 The targets set for 2022, including the growth target of 6-6.5 percent, remain a huge challenge given the domestic and international situation, said Deputy Prime Minister Le Van Thanh.

The Deputy PM reported that the macro economy has been maintained, major economic balances ensured, and inflation brought under control, with the consumer price index (CPI) in the first four months of this year up 2.1 percent.

The monetary market and interest rates have also remained stable, he said, adding that the credit balance by the end of April has increased by 7.18 percent compared to late 2021.

The country’s gross domestic product (GDP) in the first quarter of this year grew 5.03 percent, higher than the figures recorded in the same periods in 2020 and 2021.

Vietnam's total revenue from retail sales of goods and services exceeded VND1.7 quadrillion, up 6.5 percent. Services and tourism have shown a quick recovery.

According to the Deputy PM, the government has launched an action programme on the implementation of the NA’s Resolution on economic restructuring in 2021-2025, with priorities given to developing strategic infrastructure, especially transport infrastructure.

Total social investment in the first quarter was valued at VND562.2 trillion, up 8.9 percent. As of May 15, 2022, the disbursement of public investment fulfilled 20.27 percent of the plan, and more than $7.71 billion in foreign direct investment (FDI) was disbursed in the five months, an increase of 7.8 percent.

Deputy PM Thanh said the Government will continue to effectively and synchornously implement resolutions and conclusions of the Party Central Committee, the NA and the Government, and focus on pandemic prevention and control, and rapid, sustainable socio-economic recovery, while urgently realising resolutions adopted at the fifth plenum of the 13th Party Central Committee, especially those on land, collective economy, cooperatives, agriculture, farmers and rural areas.

The Government will continue economic restructuring in tandem with growth model reform, and boost the digital and circular economy development, while promoting domestic production.

Mechanisms and policies will be rolled out to encourage enterprises to invest in agricultural processing and exports through official channels, Deputy PM Thanh noted.

At the meeting, President of the Vietnam Fatherland Front Central Committee Do Van Chien presented a report on opinions of voters and the public.

The report showed they are absolutely confident in the leadership of the Party, the management of the State, the effective and efficient operation of the legislative body, and the monitoring of the Government and the Prime Minister.

They expressed concern over issues, including difficulties caused by COVID-19, especially mental health post pandemic, health insurance for COVID-19 treatment, and those regarding oil and gas prices, public investment disbursement, the stock market, the labour market, and education.

The voters said attention should paid to personnel training, inspections and supervision over the purchase of medical equipment, and the settlement of land-related petitions and denunciations.

Socio-economic recovery programmes should be carried out in parallel with keeping a close watch on inflation and prices of major goods like oil and gas, and agro-forestry materials.