Foreign investment to Vietnam rises 9.5% to over $31 bln in 2021 despite pandemic 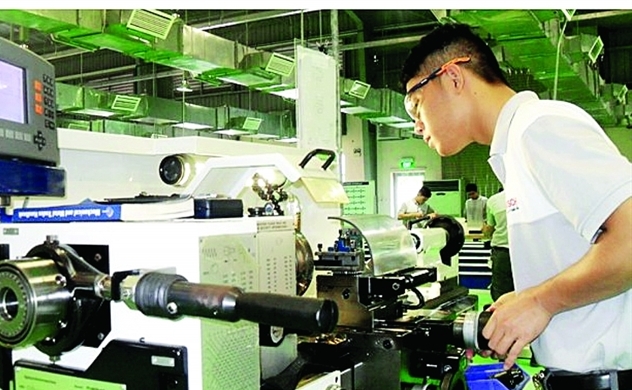 As of December 20th, 2021, total newly registered, adjusted, and paid-in capital for share purchase by foreign investors reached $31.15 billion, up 9.2% year-on-year, according to Ministry of Planning and Investment.

The capital generated by FDI projects was estimated at $19.74 billion, slightly decreased by 1.2% over the same period in 2020.

Accumulated as of December 20th, 2021, the country had 34,527 valid projects with total registered capital of approximately $408.1 billion. The accumulated realized capital of foreign direct investment projects was estimated at $241.6 billion, equivalent to 61.7% of total valid registered investment capital.

The firms also added more than $9 billion of capital to 985 operating projects, up 40.5 per cent in value and down 13.6 per cent in volume.

A remainder of nearly $6.9 billion was used by foreign businesses for capital contribution and share purchases in a total of 3,797 transactions, marking yearly decreases of 7.7 per cent in value and 38.2 per cent in volume.

Meanwhile, disbursement of foreign direct investment also saw a slight decline of 1.2 per cent, to an estimated $19.74 billion.

In its latest report, the ministry attributed the decreases in the numbers of new, expanded projects and paid-in capital for share purchases, to Vietnam’s selective investment attraction policies that prioritise quality over quantity of projects, while eliminating small-scale projects with low added value.

Although RoK only ranked the second in the investment capital, it was the leading partner in the number of new investment projects, adjusted capital projects and paid-in capital for share purchase.

Thus, regarding the number of projects, RoK was the partner with more investors that interested in, making new investment decisions as well as expanding investment projects in 2021.

Export turnover of the foreign investment sector increased in the whole 2021, and 1 percentage point over the first 11 months. Export (including crude oil) reached nearly $246.7 billion, up by 20.7% compared with the same period last year, accounting for 73.6% of export turnover.

Export (excluding crude oil) was approximately $245 billion, a rise of 20.8% over the same period last year, accounting for 73.1% of the country's export turnover.