Exports to American nations up 22% in seven months 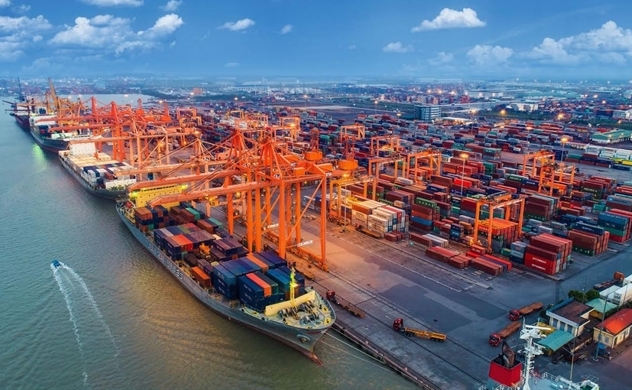 Vietnam gained nearly $77 billion from exporting to American nations over the first seven months of 2022, up 22 percent, according to the statistics of the Ministry of Industry and Trade.

The ministry forecasted that Vietnam's exports to American nations may exceed $130 billion by the end of this year, thanks to rapid growth in the trade ties with the U.S. as well as member countries of the Comprehensive and Progressive Agreement for Trans-Pacific Partnership (CPTPP) in America including Canada, Mexico, and Peru.

Last year, despite the impacts of the COVID-19 pandemic, the Southeast Asian nation's exports to America rose by 27 percent against 2020, to $114 billion. The country enjoyed a trade surplus of nearly $89 billion with the continent.

The U.S. remained the largest importer of Vietnam's commodities in 2021 with $96 billion, an increase of $21 billion compared with 2020.

Exports to Canada and Mexico achieved $5.3 billion and $4.6 billion in 2021, up 75 percent and 100 percent, respectively, compared to the period before the CPTPP entered into force.

In the first seven months of 2022, the export value to Canada and Mexico saw respective year-on-year growths of 31.5 percent and 14.2 percent, attaining US$3.23 billion and US42.4 billion.

Since January 14, 2019, the CPTPP has officially come into effect in Vietnam. The deal has become effective since December 30, 2018 for the first six nations approving the agreement, including Mexico, Japan, Singapore, New Zealand, Canada and Australia.