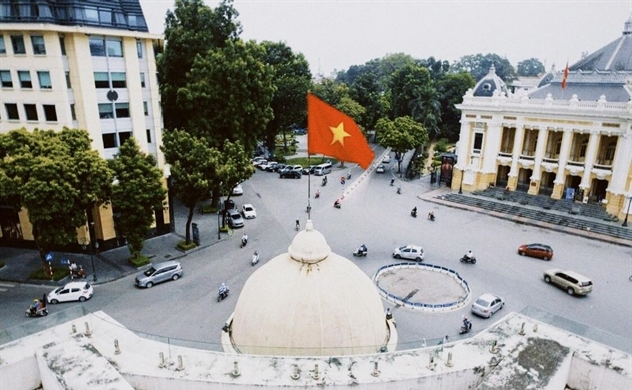 Conglomerate Trung Nam Construction Investment JSC plans to sell about $500 million in bonds in the next three years.

While considering a listing on the Vietnam stock exchange to help fund its various energy and infrastructure projects, its CEO said.

These include onshore and near-shore wind power projects that will almost triple its renewable energy capacity by 2026 from the current 1.6 gigawatts of mostly wind and solar energy, according to Deputy CEO Do Tu Anh.

Trungnam will also join the bidding for a 1,500 megawatt LNG power project in the southern-central province of Ninh Thuan next year and may partner with a foreign investor, Tu Anh said. The company is now in talks with LNG suppliers overseas, she said.

Vietnam plans to double its power capacity to about 150 gigawatts by 2030, with wind, solar and other types of green energy representing nearly a third, compared with 14% currently.

The Ho Chi Minh City-based company is also mulling a pilot green hydrogen plant with a capacity of 120 to 200 megawatts, which will ready by 2025, according to Tu Anh. Trungnam plans to produce green hydrogen on a large scale by 2030 and which will mostly be for export, she said.