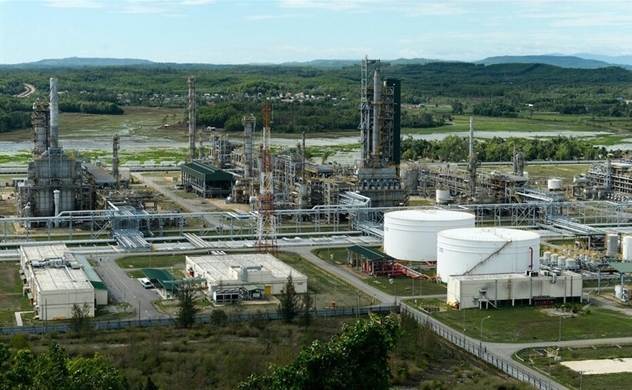 Binh Son Refining and Petrochemical Jsc (BSR), the operator of the Dung Quat Oil Refinery in the central region, reported a loss of over VND2.3 trillion ($99 million).

This is its second and biggest quarterly loss since it made an initial public offering in January 2018.

BSR, a subsidiary of state-owned giant Petrovietnam, said the oil price collapse was the main reason for the loss. Brent crude dropped 70 percent since the beginning of the year to $17.7 per barrel at the end of March.

Domestic demand for petroleum products fell in Q1 because of travel restrictions imposed to curb the spread of Covid-19, resulting in high unsold inventories, it said. Revenues fell 22 percent to VND18 trillion ($773 million).

BSR had warned earlier that if the inventories keep piling up, it might have to suspend the operation of Dung Quat, where production has already fallen to minimum capacity.

It has accumulated losses of VND1.2 trillion ($51 million).

Fuel distributor Petrolimex, which has not released its Q1 figures, has estimated losses of VND572 billion ($24 million), according to a report by the Commission for Management of State Capital at Enterprises.

Revenues are estimated to have fallen 6 percent to VND28.5 trillion ($1.2 billion), the report said.