Vietnam among the most mentioned destinations as American firms exit China 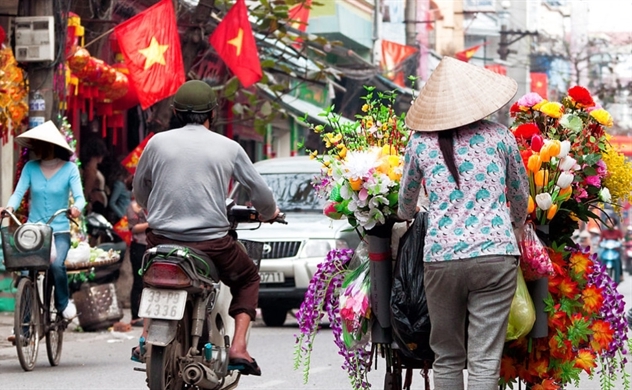 Only a specific slice of American companies are moving factories out of China, much less returning home. Vietnam is among the destinations.

Some, including electric-car builder Tesla, are even revving up their production engines on the mainland, despite U.S. President Donald Trump’s trade war aimed at bringing American manufacturing back.

While nearly all companies in apparel and smartphones have moved, plan to move, or are considering moving at least part of their operations out of China, few companies in many other industries are doing so, according to a Goldman Sachs report released Friday.

A majority of companies in semiconductor equipment and materials, as well as health care, are actually expanding Chinese production, the report said. In the auto and industrial machinery sectors, moving out of China and Chinese expansion are happening simultaneously, it noted.

“While tariffs did cause rerouting of commodities trade and relocating of consumer electronics production from China to ASEAN countries, we have seen limited evidence of broad-based reshoring of manufacturing activity back to the U.S.,” the report said. Goldman researched the trends by surveying its own equity analysts in August about their sectors.

Despite the hype and political pressure around “China exits” — which has been on the rise thanks to the Sino-American trade war and the pandemic — the reality of supply chain shifts has been mixed and industry-specific.

Tesla, now the world’s most valuable car company, plans to export China-built Model 3 cars to other markets in Asia and Europe, according to news reports Friday.

Tesla CEO Elon Musk had told analysts in July that “the suppliers in China have been extremely competitive, possibly the most competitive in the world.”

“The Shanghai factory is a pretty big factory. … It’s continuing to do more and more internally,” Musk said. What really helps is its increased local sourcing of components, which “makes a massive difference to the cost of the vehicle,” he said.

Products like clothing and household goods can easily be handled elsewhere. Manufacturing that requires more sophisticated components, not so much.

Tesla is far from alone in staying committed to China.

Of more than 200 respondents that own or outsource manufacturing operations in China, 70.6% said they do not intend to shift production out of the Asian country in a survey published this week by the American Chamber of Commerce in Shanghai.

Even for companies moving out of China, “rising labor costs are most usually the trigger,” according to Goldman’s research — a trend long predating the trade war.

Although China is no longer as competitive as many other emerging economies for labor-intensive industries, its overall advantage in manufacturing remains intact, according to Goldman.

The common perception is that “the huge domestic market, complete industrial supply chains, and good infrastructure are most attractive to foreign manufacturing investments,” the report said, echoing Musk’s sentiments.

“When asked about top locations for moving out of mainland China, Vietnam and India are the most mentioned destinations,” according to the investment bank.

American companies’ reluctance to reshore shows how Trump’s aggressive stance on trade with China has done little to fulfill his pledge to bring manufacturing jobs back to the U.S.

Nor has Trump’s hard line brought down the American trade deficit with the Asian country as promised. U.S. statistics put the second-quarter goods and services trade deficit with China at $75.8 billion — up from $74 billion in the same period of 2016, months before he took office.

In related development, webinar Inside Out will be organised to provide business briefings and insights for Vietnam’s post-Covid investment opportunities.

Global Business Services (GBS) LTD and Vietnam Insider join hands to present the “Inside Out” webinar series, shedding light on Vietnam’s situation during the Covid-19 period to support foreign investors dealing with a dynamic business, regulatory, legal and operational landscape.

In the initial Inside Out webinar on 01 October, there will be presentations and Q&A from speakers as follows:

The main focus of the webinar will be on the success of Vietnam in combatting the Covid-19 pandemic, the ongoing economic challenges, and Vietnam’s policies to recover and develop the economy.

The webinar aims to attract over 500 real-time viewers, who are individual investors, business owners and representatives from several investment funds, enterprises in different countries.

If you are a foreign investors, expatriate or business partner, who is hungry for insights about Vietnamese business conditions, this is where you can hear directly from leaders across sectors!