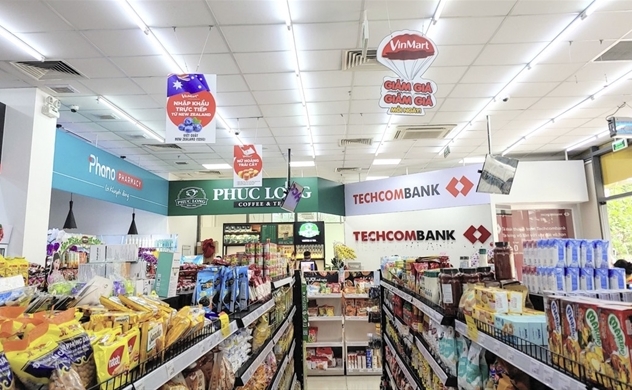 Masan will shift its priority towards scaling up TCX’s mini-mall, “Point of Life” concept. Photo: Masan

The third-largest chaebol in South Korea has injected $340 million to Masan Group’s The CrownX, raising ownership in the company to 4.9%, according to a statement from the Vietnamese conglomerate.

After completing the transaction, Masan will own 85% in The CrownX, with Masan potentially increasing its stake in TCX further in the near future.

The initial pilot of the mini-mall has already yielded results as demonstrated by higher foot traffic and profitability.

SK’s investment is a validation of Masan’s “mini-mall” concept as a winning nationwide model that will bring more value to consumers’ daily lives. The next quantum leap for the platform is driving our loyalty platform and digitalizing our offering from products to services to win consumer mindshare whether off or online, said Mr. Danny Le, Chief Executive Officer of Masan Group.

“We stand fully behind Masan Group. We believe its growth strategy to rollout its “mini-mall” concept and to build a consumer platform will reap a tremendous outcome for everyone involved,” said Mr. Woncheol Park, Representative Director of SK South East Asia Investment.

The Transaction is subject to customary corporate approvals and Masan aims to close out its capital raising round of $200 to 300 million for TCX by the end of the year. Credit Suisse Limited acted as exclusive financial advisor to Masan Group.