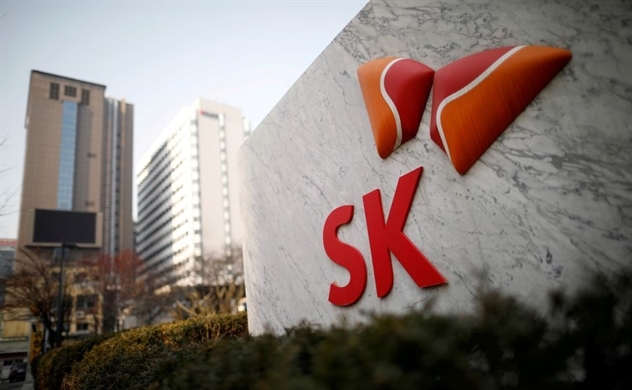 The logo of SK Innovation is seen in front of its headquarters in Seoul, South Korea, February 3, 2017. REUTERS/Kim Hong-Ji

South Korea's second-largest conglomerate SK Group is considering selling some of its assets in Southeast Asia and reinvesting in other businesses in countries in the region, including Vietnam.

"We are considering some asset adjustments as part of regular changes to our portfolio from time to time, but nothing has been confirmed yet," an SK official said.

"Even if some assets are adjusted, we will use it to reinvest in other growth areas in Vietnam," the official said.

Vietnam, where Samsung Electronics makes half of its global smartphone output, and South Korea earlier this month upgraded their relations to "comprehensive strategic partnership", which Vietnam has so far established only with China, Russia and India.

The conglomerate plans to decide which assets to potentially sell depending on buyers' offers, and is considering reinvesting some of the proceeds from any stake sales in local firms, South Korean newspaper the Korea Economic Daily reported on Sunday citing unnamed investment banking sources.

An industry source, however, said SK Group was planning to expand its team in Vietnam despite preliminary talks with a buyer to sell some of its assets there.

Shares of Vingroup closed down 4% and of Masan down 3.7% on Monday.

A Vingroup spokesperson said on Monday that SK Group had no intention of selling Vingroup shares.

"We have discussed with SK Group," the spokesperson said. "SK will plan on continuing investments and collaborating with partners in Vietnam to grow up investments."

Masan did not immediately respond to a Reuters request for comment.

Assets held by SK Group's Southeast Asia investment firm that could be sold, according to the paper, also include stakes in Vietnam's retail pharmacy chain Pharmacity, retailer VinCommerce and consumer retail platform The Crown X.

It also has a stake in Malaysian fintech company Big Pay, the paper said.