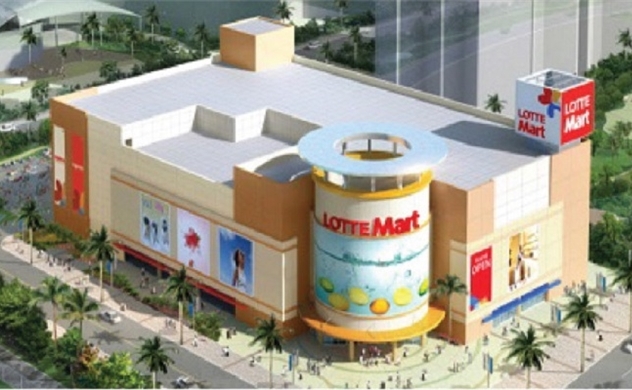 At the end of this month, Shin will fly to Vietnam. He will be present at the Lotte E&C’s Thu Thiem Eco Smart City groundbreaking event on September 2 in Ho Chi Minh City, Vietnam, which is the start of a new city development project.

The project is valued at $900 million as a big commercial complex, 1.5 times larger than Seoul's COEX mall, with a total floor area of 680,000 square meters (7.3 million square feet). With a shopping mall, offices, a hotel, and apartment houses.

Lotte Group entered China in 2008 and once operated 5 Lotte Department Store branches and 119 Lotte Mart stores. In 2017, Lotte went through difficulties due to China's retaliatory measures against the deployment of THAAD batteries in South Korea and began to give up its business in China.

In 1998, the Lotte group made its way to Vietnam, beginning with Lotteria. Since opening its initial location in 2008, Lotte Mart has added 15 more. Currently operating in Vietnam are Lotte Hotel, Lotte Duty Free, Lotte Property & Development and Lotte E&C.

This year, several Lotte CEOs visited Vietnam to evaluate the state of their companies, including Kang Sung-hyun of Lotte Mart, Jung Jun-ho of Lotte Department Store, and Kim Sang-hyun of Lotte Shopping.

"We are actively operating overseas businesses in Vietnam and Indonesia currently. In particular, the Vietnamese market shows steep growth in the retail business and there is still more room to grow. Korea has a good reputation in Vietnam that helps with our business there and people's income levels are rapidly growing too," a Lotte Shopping official said, The Korea Times reported.

The Korea Times quoted a Lotte Shopping official as saying: "We are actively operating in Vietnam and Indonesia currently. The Vietnamese market in particular shows steep growth in the retail business and there is still room to grow. Korea has a good reputation in Vietnam that helps with our business there and people's income levels are rapidly growing too."