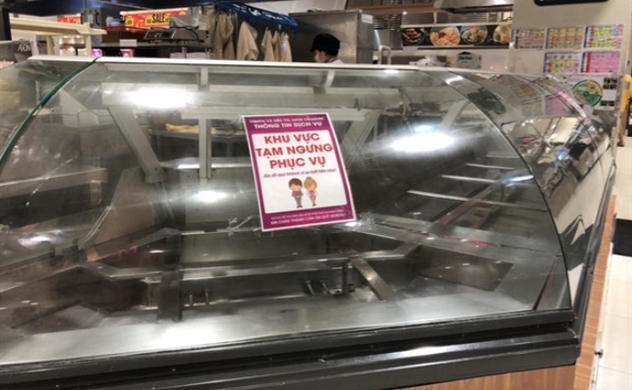 The Vietnam business of Japanese retail giant AEON has apologized after a photo of rats sneaking onto its food stall at a Ho Chi Minh City mall went viral on social media.

The photo, which was posted on Facebook by a customer last weekend, appeared to show two small rodents inside a cabinet displaying ready-to-serve foods in the Delica section at AEON Mall Tan Phu Celadon in Tan Phu District.

The area, localed on the ground floor of the shopping mall, has over 250 seats, offering an extensive menu with multiple choices of Vietnamese and Japanese cuisines, from sweets, drinks, coffee, ice-cream and cakes to ready-to-eat foods.

In a press release posted on the website of AEON Vietnam Co. Ltd. on Sunday, the company confirmed the incident.

“AEON Vietnam would like to send our sincerely apologizes [sic] to our customers for this incident. We have promptly implemented countermeasures to bring peace of mind to our customer and avoid the same incident to happen again,” the statement reads in English.

The company said it has temporarily closed the food counter in question to clean its shelves, food trays, cookware, and floor.

The counter will not be reopened until repairs are completed.

All other cabinets, counters, and shelves in the entire Delica area were also reviewed.

The retail chain said that it always complies with food hygiene and safety requirements and procedures, while making every effort to bring the best experience and products to consumers.

AEON operates six shopping malls in Vietnam, including two in Ho Chi Minh City, two in Hanoi, one in the northern city of Hai Phong, and one in the southern province of Binh Duong.

The Japanese corporate had been present in Vietnam since 2009 before launching the AEON Tan Phu Celadon – its first mall in the Southeast Asian country – five years later.